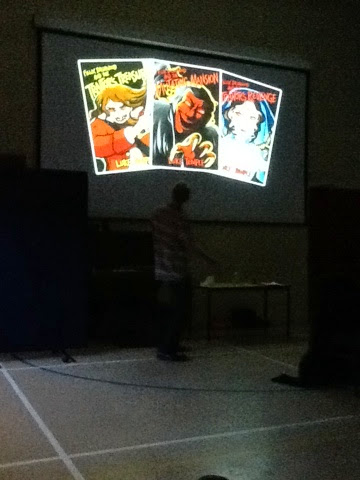 Luke told us about his new books which are about a girl called Felix Dashwood who lives on Thistlewick island with her friends Caspar and Drift.

The first book is called 'The Traitor's Revenge'. 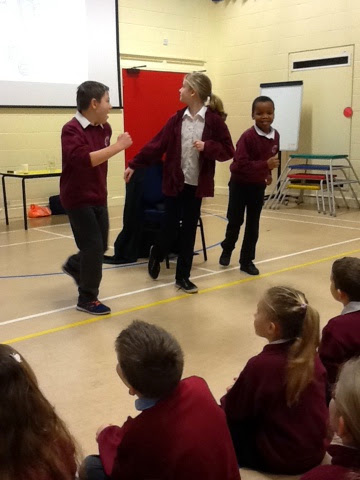 This is the stupid dance that Thistlewickians do... 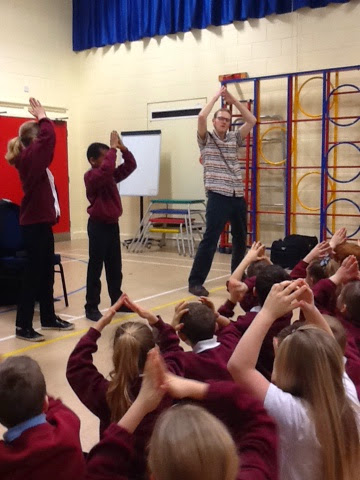 We hear about the story which involves a note about treasure: 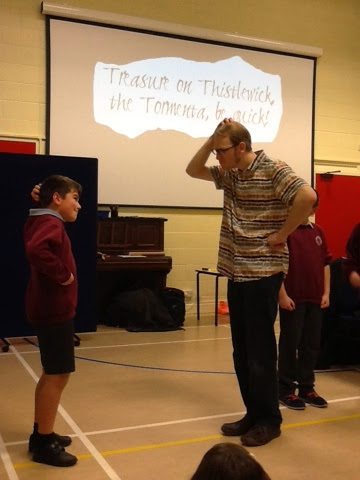 A teacher, Mr Foxworth, who is trying to find the treasure (but the children need to stop him). 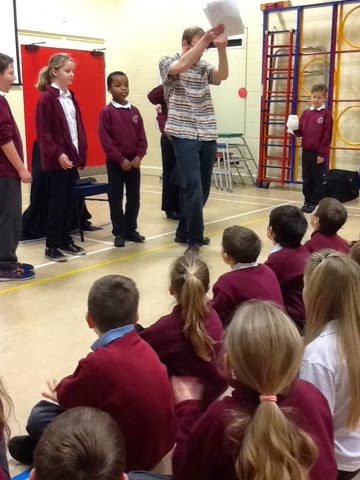 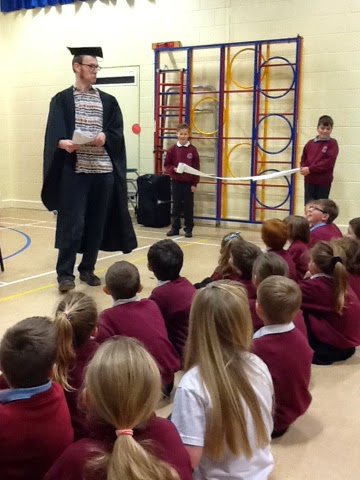 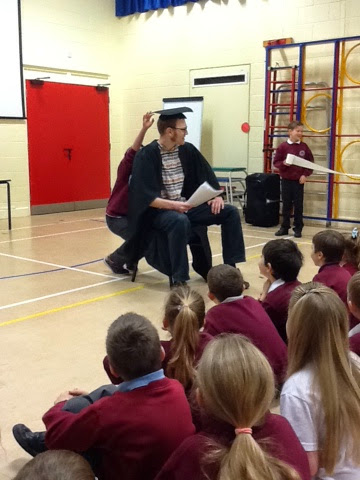 Afterwards they escaped from school to the island to look for the treasure and retrieve it from Captain Traiton. Luke explained how the story evolved and with the help of his editor he rewrote the book to make half of it about Captain Traiton. This made it more interesting and exciting.

Luke read from chapter 12 which described the Captain and the curse over the treasure. It was a bit bloodthirsty!

Why did you become an author? I had to get the ideas for writing out of my head.

How did you come up with your illustrations? My illustrator, Jessica, drew the pictures after reading the book. You might think the characters look different when you've read the book yourself.

Whose your favourite author? Philip Pullman

What is your favourite film? Once

What was the first book you wrote? Stormy Cliff

What is your favourite book? Traitor's Revenge

What was your favourite subject at school? Maths! I didn't like reading or writing at school and I wasn't very good at spelling. I couldn't draw very well either.

What is your favourite onesie? My pig!

What is your favourite sport? Curling

Have you got any pets? A dog called Rusty. I used to gave a bald hamster too!

In the second half Luke told us about parts 2 and 3 of the trilogy.

We had new actors to take the parts this time! 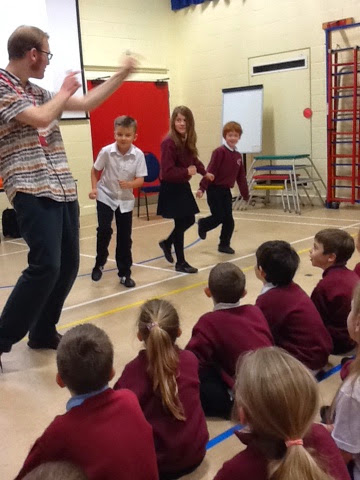 The second book, 'Felix Dashwood and the Mutating Mansion' is set in Murkshill Mansion. It is based on a recurring nightmare that Luke had about a mask.

The children go to the mansion and find a diary by Amelie Summercroft. 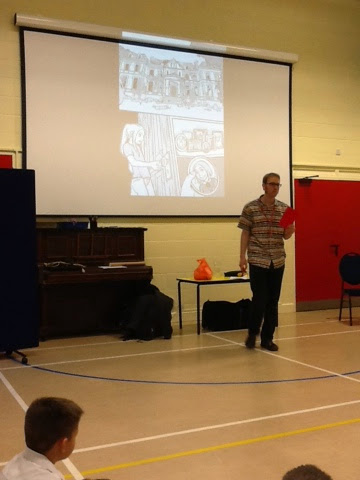 The children read the diary...and the rooms in the mansion started to mutate... 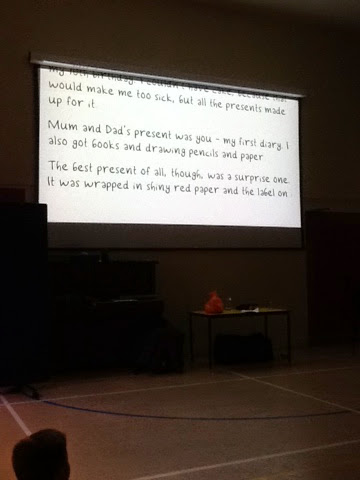 The children found a huge Snakes and Ladders board which Amelie had described in her diary. 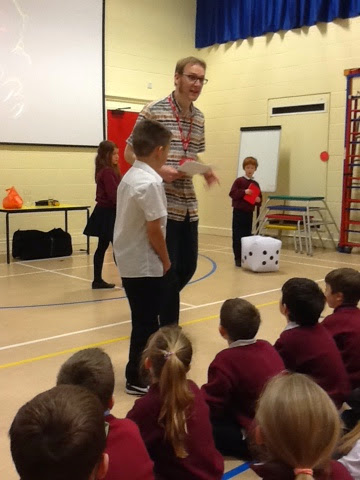 The children played the game and the board became alive - Drift disappeared with a snake. 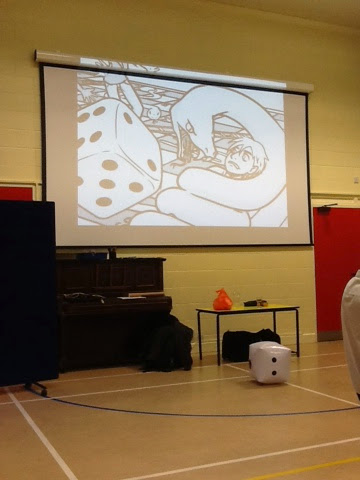 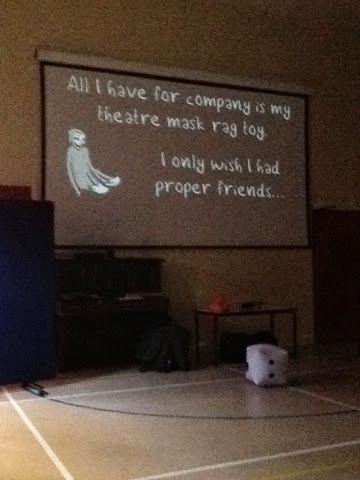 What was going to happen next?

Luke showed us how Jessica drew illustrations for his books using a tablet. 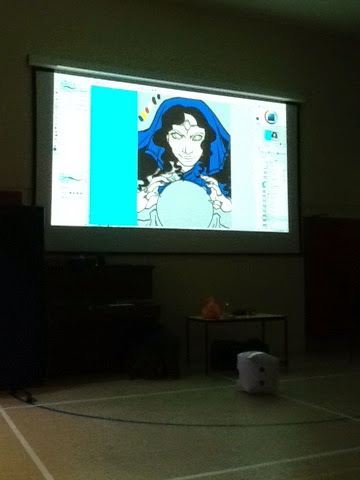 The third book is called 'Felix Dashwood and the Traitor's Revenge' and Luke read an extract from it. Felix met a witch and got trapped by white mist on a ghost ship.

He gave children the opportunity to ask more questions...

Have you met any other authors? Yes, but they all write for adults.

Are you married? No.

What is the hardest thing about writing? Getting the ideas out quickly enough.

Why are all your books about ghosts? My birthday is on Halloween!

Luke will be selling posters and copies of his books at school tomorrow - a form will be going home tonight.

School's out for Summer! Goodbye Year 3! 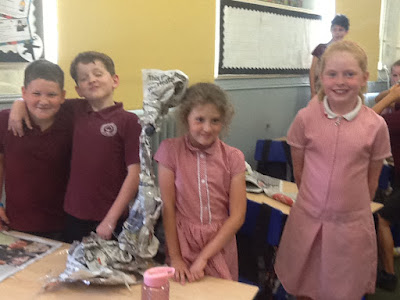