On Thursday we visited West Stow which is a historical site of national importance, one of the few places in Britain you can see an Anglo Saxon village as it would have been over 1,500 years ago.
Joe, one of the curators, talked to us about the Anglo Saxons and the what the archaeologists found at West Stow. 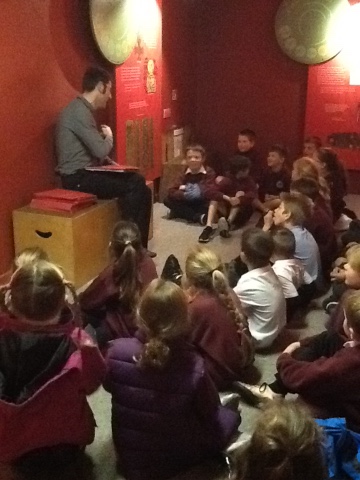 We spent some time looking around the museum and saw lots of interesting things made and used by the Anglo Saxons. There was lots of information about how the Anglo Saxons lived, their tools and way of life.
There were many weapons such as arrows: 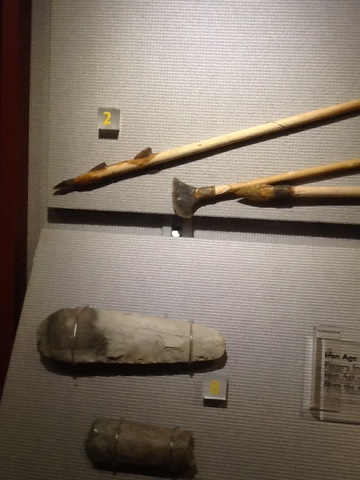 We saw a boar's skin. Once the meat had been eaten, the rest of the animal was also used. For example, bones were used for combs and needles and skins were used for all sorts of things including to cover coracle boats. 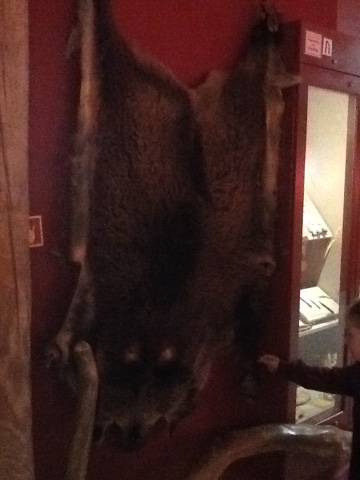 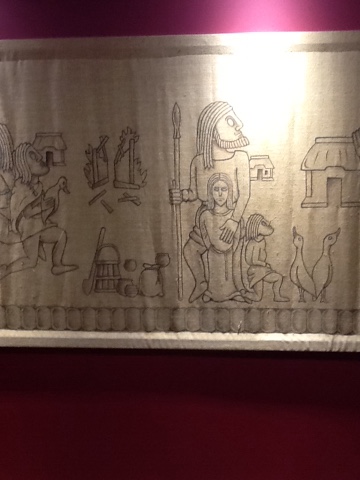 We saw a replica of the Sutton Hoo helmet and tried it on... 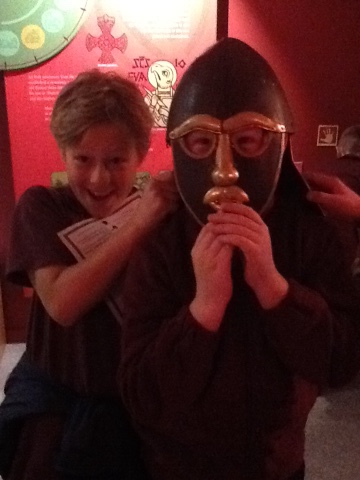 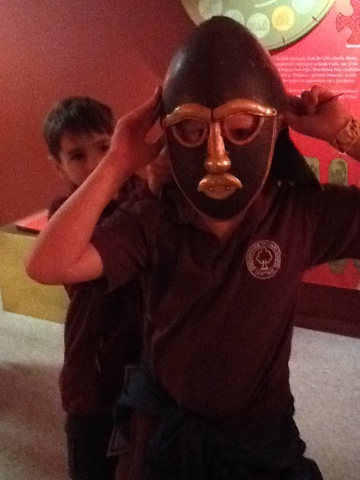 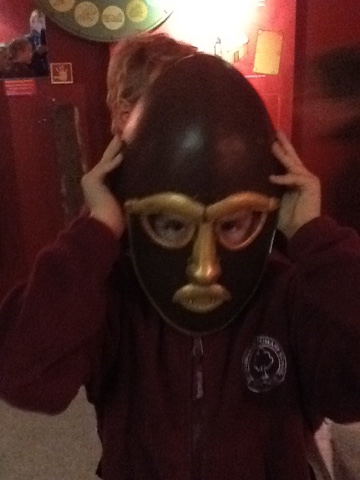 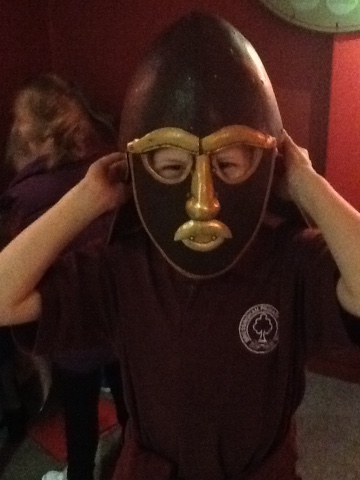 We also looked at other replicas... 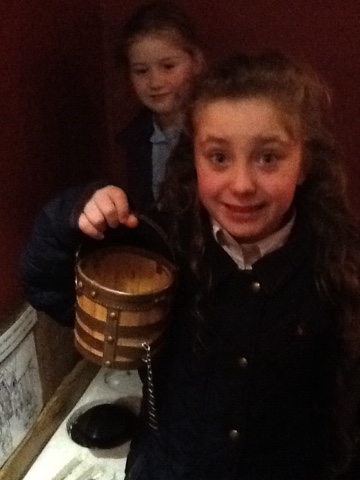 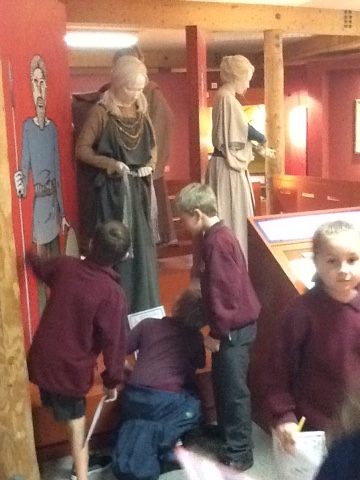 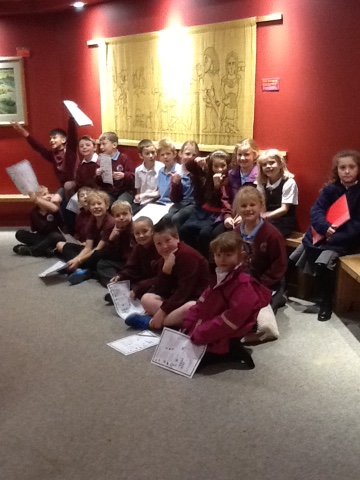 Once we had spent time in the museum Joe came to talk to us again and after a game of Top Trumps using Anglo Saxon artefacts we had a look at a replica lyre. There are no original lyres because the wood they are made of rots away in the ground. However some fragments have been found in East Anglia and the replica we saw has been reconstructed using them. Joe played the instrument for us by plucking and strumming the strings and we thought it sounded beautiful. 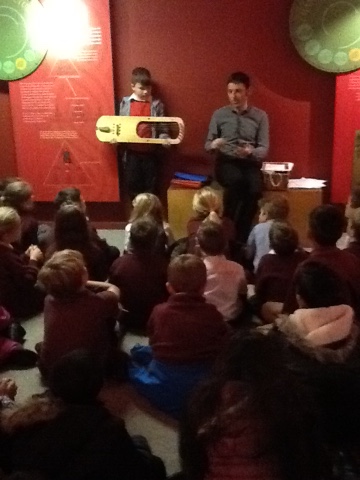 We went outside for our lunch. 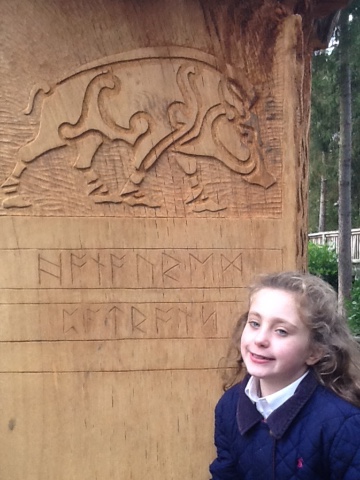 After lunch we saw a film about West Stow and how it was discovered and reconstructed. Joe set us a challenge to find the person who had let the sheep out that morning. Luckily they were all back in their field! We went to have a look around.
This was where the blacksmith worked. We saw his furnace and bellows. 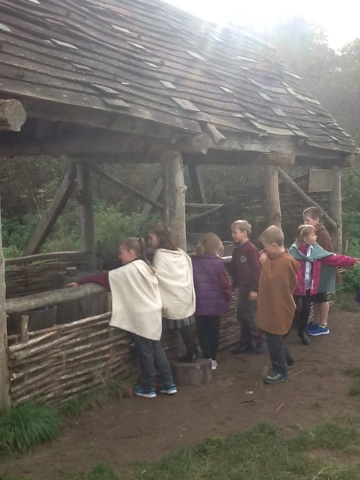 We looked in the sunken house and decided it wouldn't make a comfortable dwelling place as it was dark and damp. 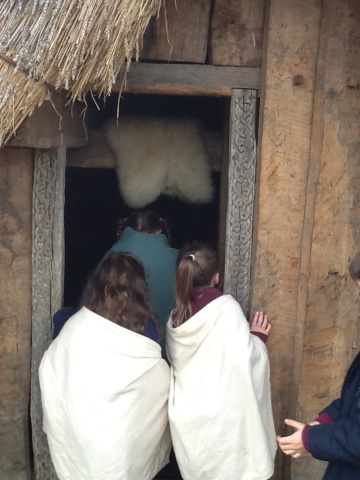 The other houses had wooden floors and there were huge spaces underneath. We thought these might have been used for storing things. 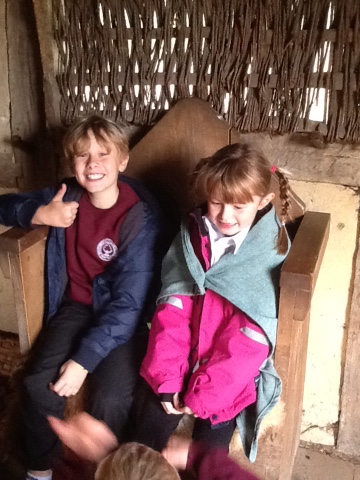 We were very lucky with the weather. 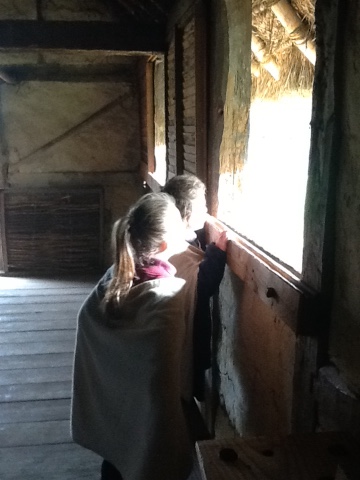 The houses were thatched and some were covered with moss. Although they had fires they didn't have chimneys. 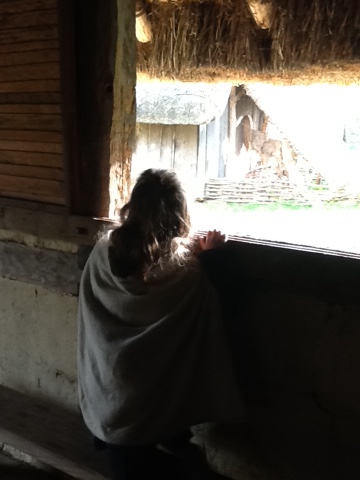 We found clues to help us work out who had let the sheep out. 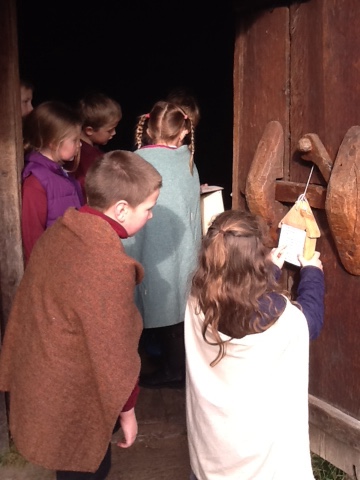 This was where the weavers worked. It was very dark inside. 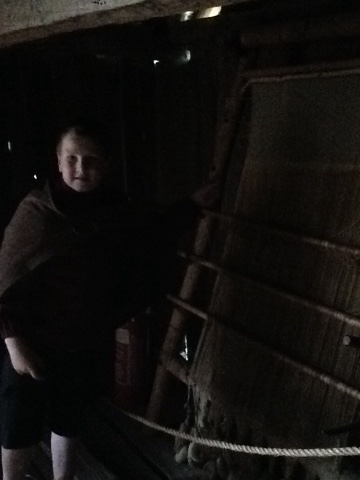 We looked at a simple but effective lock on one of the doors. 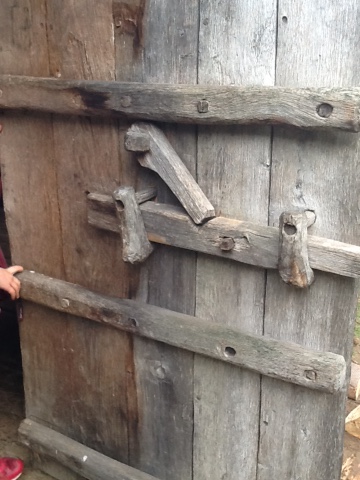 There was a clay oven. 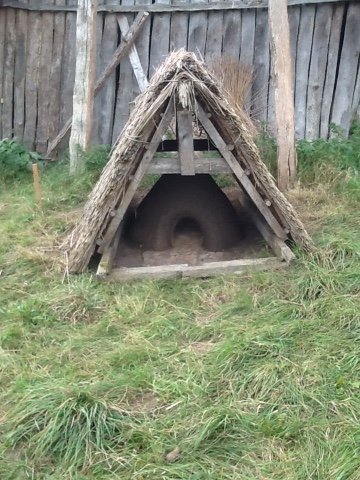 The hall had a beautiful Anglo Saxon carving above the entrance. We saw runes on some of the other buildings as well. 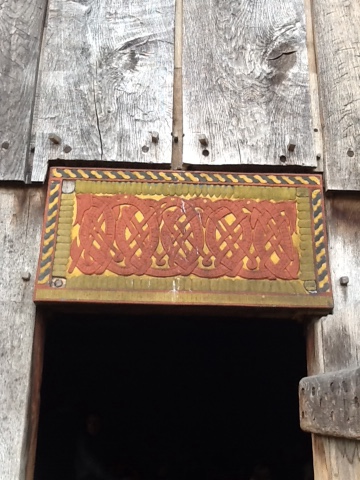 At the end of our day Joe shared lots of interesting facts about the village and showed us how to make sparks for a fire.
We discovered that Cuthrun had let the sheep out for extra grazing. 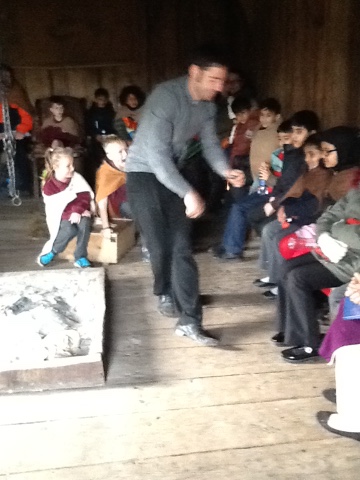 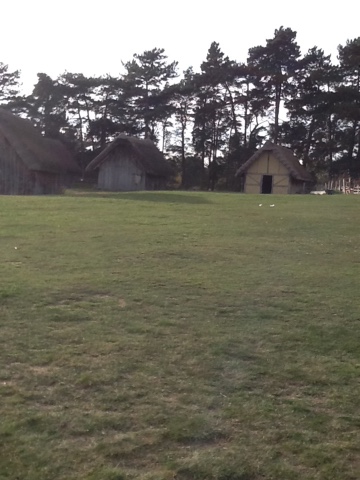 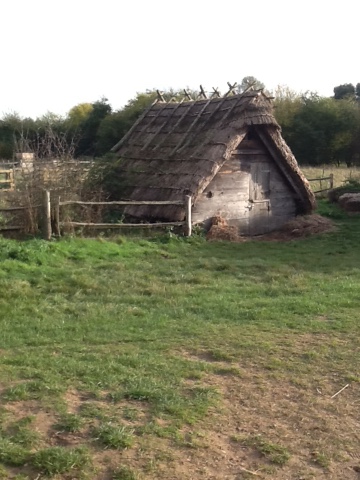 We had a really interesting time and enjoyed being Anglo Saxons for an afternoon!
at November 04, 2016 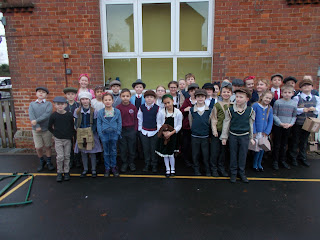